Adanté Pointer was born and raised in Oakland, California. As a young man, Pointer often heard about and saw a notorious band of outlaw Oakland police officers known as the “Riders” terrorize his community. He would go on to
graduate from U.C. Berkeley with high academic honors and a bachelor’s degree in Political Science. He went on to obtain his law degree from U.C. Hastings College of the Law in San Francisco. Although offered other positions, Mr. Pointer turned them down and immediately began handling police
brutality cases at the renowned civil rights office of John Burris.

Over the course of 16 years at the Law Offices of John Burris, Pointer represented dozens of families in police brutality and personal injury cases. He is no stranger to high profile and high stakes police abuse cases. For example, Pointer represented Oscar Grant’s family in their case against BART police officer Mehserle who shot and killed Mr. Grant as he lay face down on a BART station platform. The tragedy was later made into the block buster movie “Fruitvale.” Pointer has gone on to handle many other cases which have
dominated the news such as: “Celeste Guap” – a young woman sexually abused and trafficked by police officers; Ronell Foster’s family who was shot several times in the back by a Vallejo Police Officer and his investigation uncovered a police gang within the City of Vallejo resulting in the highest settlement in Vallejo’s history.

Mr. Pointer brings a wealth of his own personal experience of not only representing others who were abused by the police but himself as well. In 2019, Pointer filed a lawsuit against Oakland Police Department for being pulled over and made to crawl on the ground under threats of being shot because his car supposedly fit the description of someone who had fired an AK-47 from a silver car earlier in the day! He turned that death defying experience into a short film called “Dead Right” which Pointer uses to educate the public on how to survive such an all too common encounter.​

On June 27, 2022, Mr. Pointer recently won at trial a record setting $21 Million verdict against Fremont police officers for shooting and killing sixteen-years-old Elena Mondragon. Mr. Pointer also enjoys taking on cases against large and powerful corporations on behalf of the “little guy.” For example, he represented over 10,000 victims of the Richmond Chevron Refinery Fire in 2012. He has taken on countless other cases against the likes of nationally recognized corporations. Pointer has dedicated his life to fighting for the people, and using the law as a shield and a sword for the most vulnerable of our communities. ​

Pointer has had the benefit of representing a diverse range of clients from celebrities like Superbowl Defensive End Michael Bennett to the most vulnerable and overlooked people in our communities against police, corporations and whomever else dares to exploit the people.​

Pointer also heavily invests in his community, regularly speaks at schools, protests, rallies, and in the media about police violence. He frequently hosts Know Your Rights workshops to teach the community about their civil rights and delivers motivational speeches to encourage our youth to reach for the stars.​

Pointer has received numerous awards and honors. He has been selected as the “Nations Best Advocate” by the National Bar Association, a “Superlawyer” in 2021 by Superlawyers Magazine and was recently featured as being “the Best Civil Rights Lawyer You May Not Have Heard Of” by the East Bay Express. ​ 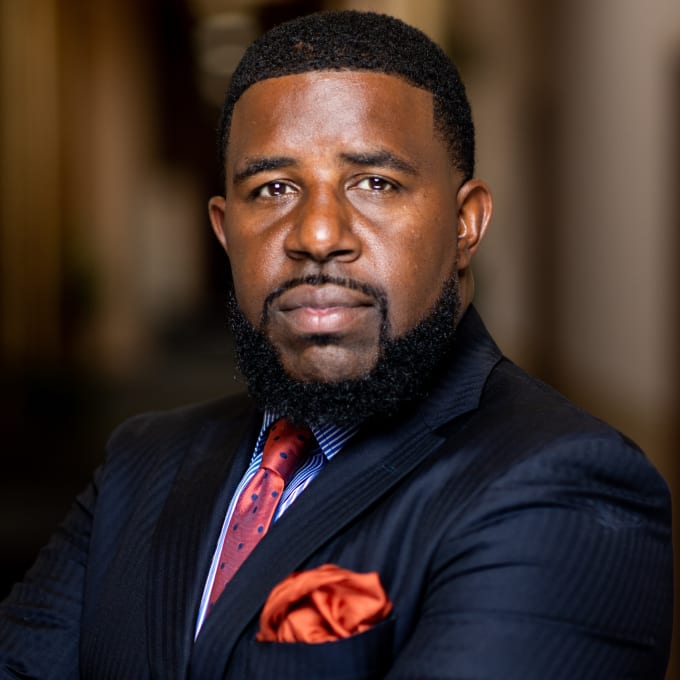