Lateef Gray, a San Francisco native, has dedicated his entire legal career to representing the underserved and fighting for the rights of individuals. Mr. Gray graduated from Georgetown University, where he majored in Economics with a minor in Government. He then obtained his law degree from the University of Michigan Law School, where he served as an editor for the Journal of Race and Law.

Once Mr. Gray became a licensed attorney, he was hired by Jeff Adachi and started his legal career as a deputy public defender with the prestigious San Francisco Public Defender’s Office. During his six plus years with the San Francisco Public Defender’s Office, he quickly rose from a misdemeanor attorney to a felony attorney, eventually representing those charged with the most serious of crimes. As a deputy public defender, Mr. Gray was a trial warrior. He vigorously and diligently defended his clients, who were routinely acquitted after jury trial. Additionally, Mr. Gray conducted numerous hearings and litigated various motions relevant to the rights of the criminally accused.

Following his time at the San Francisco Public Defender’s Office, Mr. Gray joined the Law Offices of John Burris, where he immediately jumped into the fire and began civilly prosecuting law enforcement officials for civil rights violations and other misconduct. While at the Law Offices of John Burris, Mr. Gray was co-counsel with Lawyers For The People attorneys in several high profile police brutality and civil rights cases, including the cases of “Celeste Guap”, a young woman who was sexually abused and trafficked by police officers throughout the San Francisco Bay Area, and secured a multi-million dollar jury verdict in the case of “Anthony Nunez”, an 18 year old wrongfully shot and killed by members of the San Jose Police Department while in the midst of a mental crisis.

In early 2020, Mr. Gray joined the San Francisco District Attorney’s Office’s Independent Investigations Bureau (IIB), where in June 2020, he was named IIB’s Managing Attorney. As IIB’s managing attorney, Mr. Gray supervised a wholly independent unit within the District Attorney’s Office that was responsible for conducting independent investigations in police officers’ uses of force and prosecuting them if they committed criminal acts. In addition, Mr. Gray conducted investigations into wrongful convictions and Brady violations.

Recently Mr. Gray decided to join his former co-counsels at Lawyers for the People in order to oversee and manage the firm’s civil rights cases and ensure that each and every client of the firm is heard, understood, and respected and receives the best representation possible. 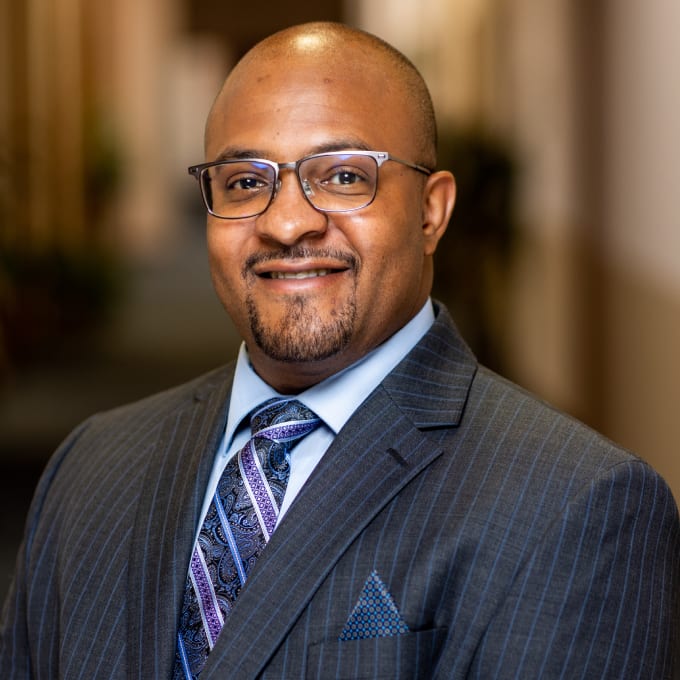 Adanté Pointer Lawyer for the people